“Once a RCEian, always a RCEian! As an RCEian you are in the league of successful alumni members working in top organizations across the world.”

The RCE Alumni Association aim to reconnect our graduates through Alumni events and to support further development of our alma mater for a new era of RCEian as well as Connect previous student and felicitate those who have done extraordinary contribution in their organization also utilization of funds raised for the social causes.

Stay connected, be informal, and get involved through the RCE Alumni Association 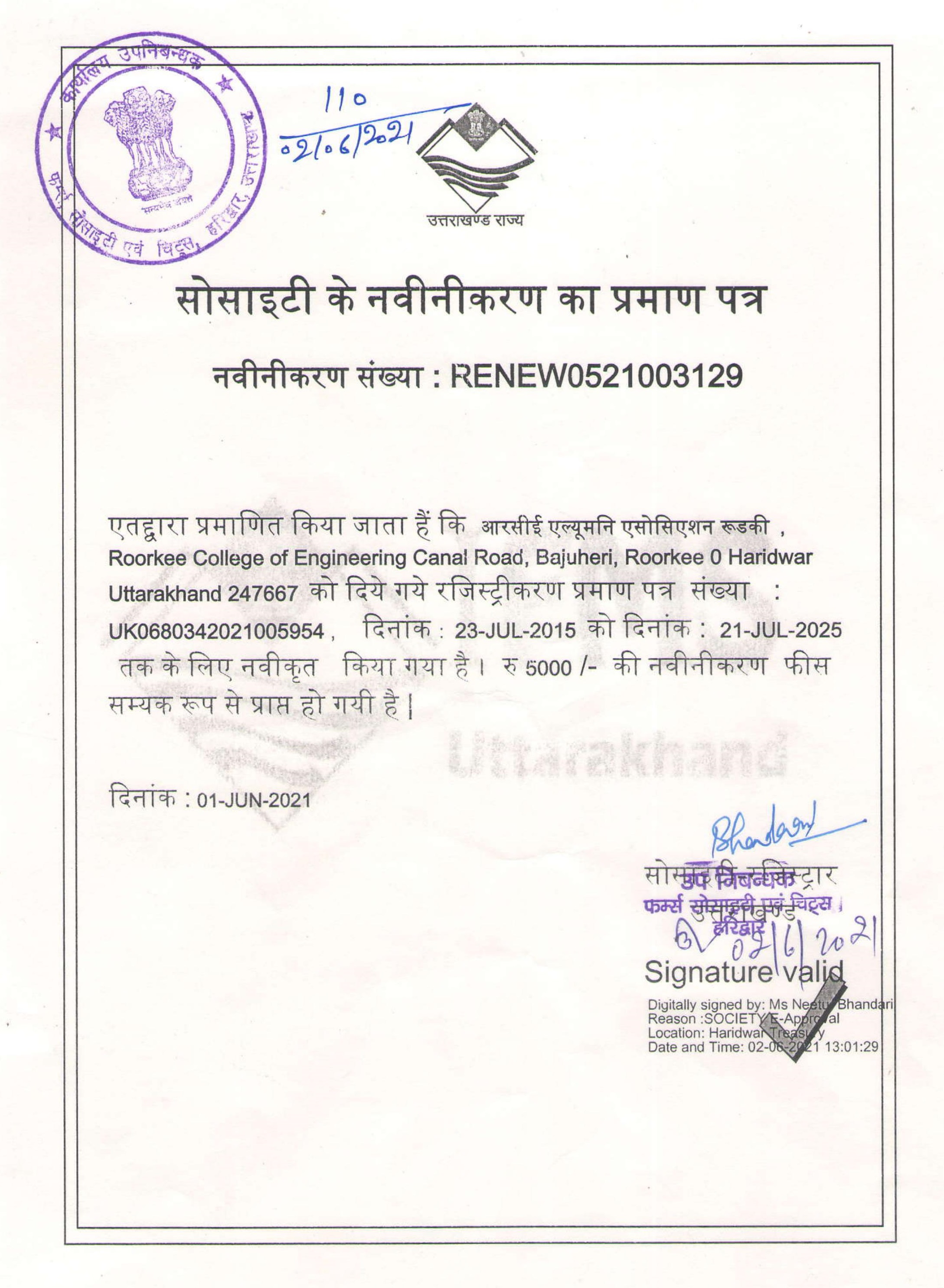 Termination or Cessation Of Membership :

The membership of a member shall be terminated or cease to exist on the following grounds :

Organization of the Association:

The President shall preside over Executive Committee and General Body meetings. He / She shall have all the powers for the management and promotion of the objectives of the association.

The Working President shall act as President in his absence and assist in the management and promotion of the objectives of the Association. He shall have emergency powers to make any decision in the interest of the Association and report to the Executive Committee later on.

The Vice President shall act as the President, in the absence of the President and Working President. He / She shall render advice to the Executive Committee with regard to promotion of the objectives of the Association.

The accounts of the Association shall be audited once a year by a Chartered Accountant to be appointed by the General Body.

SUIT AND PROCEEDINGS BY AND AGAINST THE ASSOCIATION

The Association may sue or be sued in the name of Secretary.

RECORDS OF THE ASSOCIATION

Any provision of this constitution can be amended by a two-third majority of those alumni members present and voting in General Body Meeting. Notice of the proposed amendments shall be furnished to the Secretary at least 30 days before the date at which it is proposed to consider the amendments. Such a notice will contain details of the Rule (s) desired to be amended, the proposed text of the changed rule and the reason for seeking the amendment. The latter is meant as a guide for any deliberation at the General Body Meeting. Upon the receipt of a requisition for amendment the Secretary shall issue notice to every member for the meeting, at least 21 days before the scheduled date. Mandate for amendments can be sought by circulation or e-mode also in the eventuality of non availability by the Executive Committee.

WINDING UP OF ASSOCIATION

The winding up of the Association shall be carried out as per section 13 & 14 of the Societies Registration Act 1860.

We the undersigned members of the executive committee of RCE Alumni Association do hereby certify that the above is the true copy of the Memorandum, Rules and Regulations of the Association.